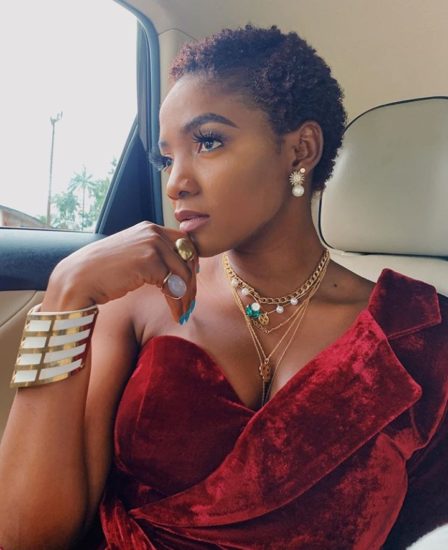 Simi has had a different glow from the usual with what we’ve noticed about the singer so far since she walked the aisle with Adekunle Gold.

It is reasonable to assume that women glow differently after marriage although we can’t quote any scientific reason to back up that assumption.

36ng had earlier reported that the singers secretly got engaged in December 2018.

The engagement was reportedly attended by only close family members and photos were not allowed at the events.

8months after, we can’t avoid to pour out our compliments about how the songstress is noticeably glowing after marriage.

Below is a recent video is Simi as she slays in beautiful dress at an occasion in Anambra State, while on the stage she gives out some nice moves, Zanku legwork.

Thuli P opens up about her relationship drama

Thuli P has made it clear that she