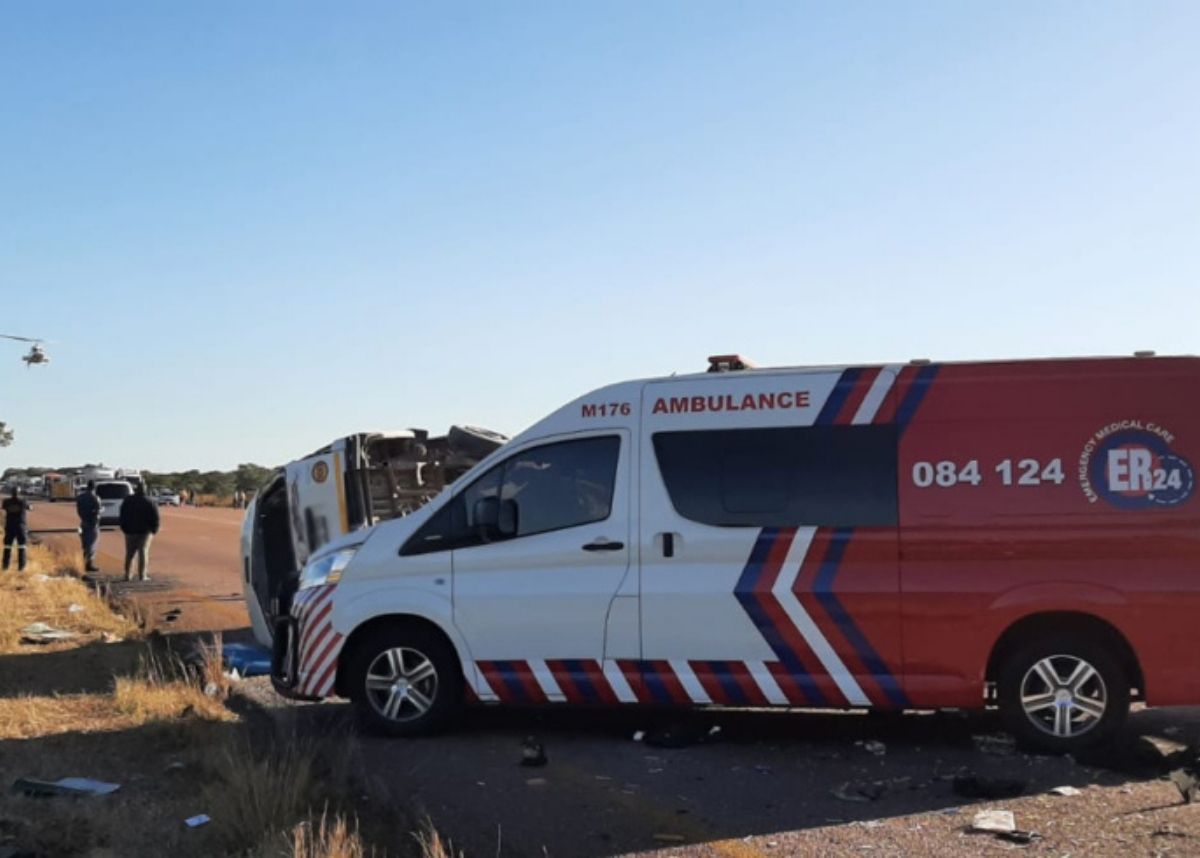 Six people died following a collision between a taxi and a light motor vehicle on the N1 near Mookgopong in Limpopo.

SIX PEOPLE WERE DECLARED DEAD ON THE SCENE

When ER24 paramedics arrived at the scene on Tuesday afternoon, they found a light motor vehicle that was completely burned out.

A taxi was found approximately 40 meters further lying on its side on the roadway, said spokesperson Ross Campbell.

Five people were found to have sustained fatal injuries and were declared dead at the scene by paramedics.

“A patient was found to have sustained critical injuries. Despite the best efforts of paramedics, the patient succumbed to their extensive injuries on the scene,”

He said another patient who was found in a critical condition was flown to the hospital by medical helicopter for further medical care.

The exact circumstances surrounding the incident will form part of local authorities‘ investigations.

Meanwhile, over the weekend, four people were left dead and ten others people injured in separate vehicle accidents in Polokwane.

Three people died and seven were injured in a collision between a Fortuner and a bakkie on the N1, in the Bylsteel area, north of Polokwane.

Five people from the bakkie sustained minor injuries and were transported to the hospital. Six patients from the Fortuner, sustained injuries rangeing from serious to fatal.

A male and female, believed to be between the ages of 40 and 50, were found on the ground behind the vehicle. They showed no signs of life and were declared dead on arrival by ER24.

Another female around the same age was found entrapped in the Fortuner in a critical condition.

Provincial Rescue was busy with her extraction from the vehicle when she, unfortunately, succumbed to her injuries.

“A three-year-old toddler was also found in a serious condition. A 29-year-old man suffered serious injuries and required Advanced Life Support interventions. His condition was stabilised before being transported to the hospital,”

In another accident, a woman in her 30s died and three people suffered serious to critical injuries in a single-vehicle rollover in the ZZ2 area, north of Polokwane.

A woman in her 30s succumbed to her injuries and was declared dead on the scene.

Another 33-year-old woman was found in a critical condition. Two other people were found in a serious condition and were treated and transported to the hospital.