Tecno keeps its campaign to conquer the smartphone market. After expanding the availability of the Tecno Camon 19 Pro Mondrian Edition, the company is bringing a new Pova model. Today, it’s introducing the Tecno Pova Neo 5G. The device brings a gorgeous design, high refresh rate, and one of the latest 5G processors from MediaTek.

The Tecno Pova Neo 5Garrives with a 6.8-inch IPS LCD screen. It boasts a Full HD+ resolution with a 120 Hz refresh rate. The panel brings a punch-hole at the top for the selfie shooter. Under the hood, the phone carries the MediaTek Dimensity 810 SoC. This processor is one of the latest offerings in the Dimensity 800 series. It’s efficient, and its performance is adequate. But don’t expect it to be the best for gaming. However, the focus isn’t on gaming. The phone comes in a single option with 4 GB of RAM and 128 GB of Storage. 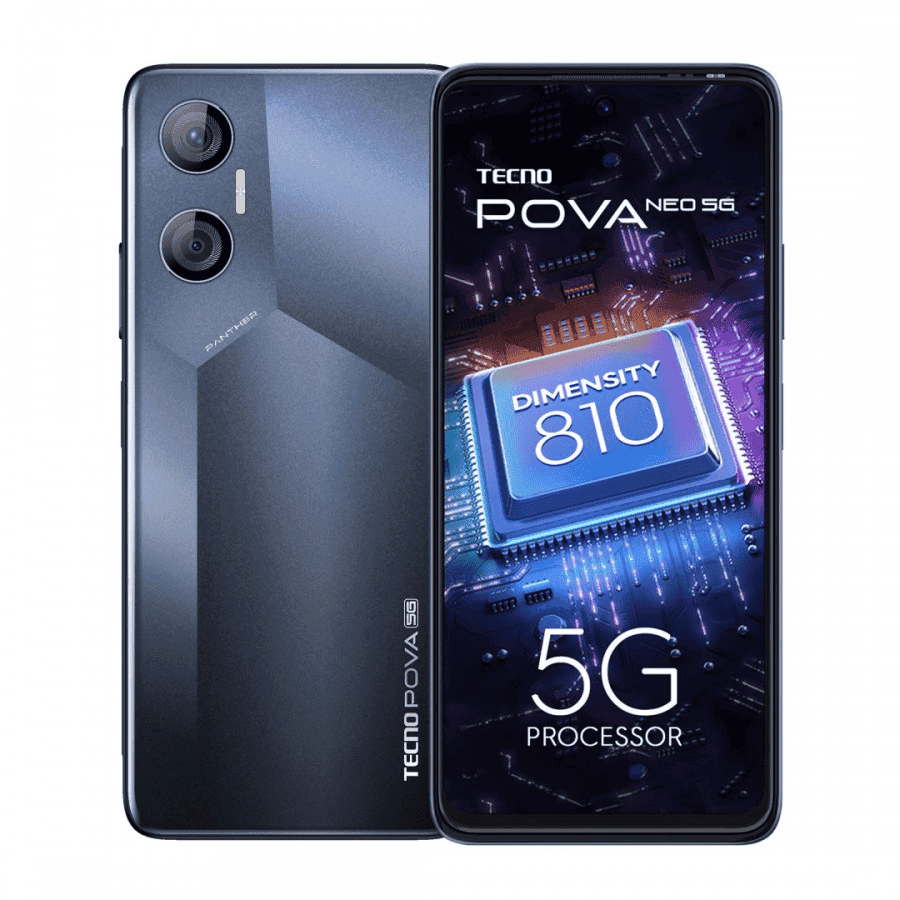 Moving around to the back, the Tecno Pova Neo 5G packs a dual camera setup. However, only the main camera is really useful with a 50 MP resolution. The secondary snapper is only described as an AI module. We assume this snapper is only here for the “bokeh” effects on portrait shots. Anyway, the phone also has an 8 MP selfie snapper.

In terms of software, we have a nice surprise. Tecno ships the Tecno Pova Neo with Android 12 straight out of the box. Of course, this isn’t the latest anymore. However, the company was launching Android 11 phones a few months ago. So, that’s an improvement. Moreover, it comes with Tecno’s HiOS 8.6 layer running on top. 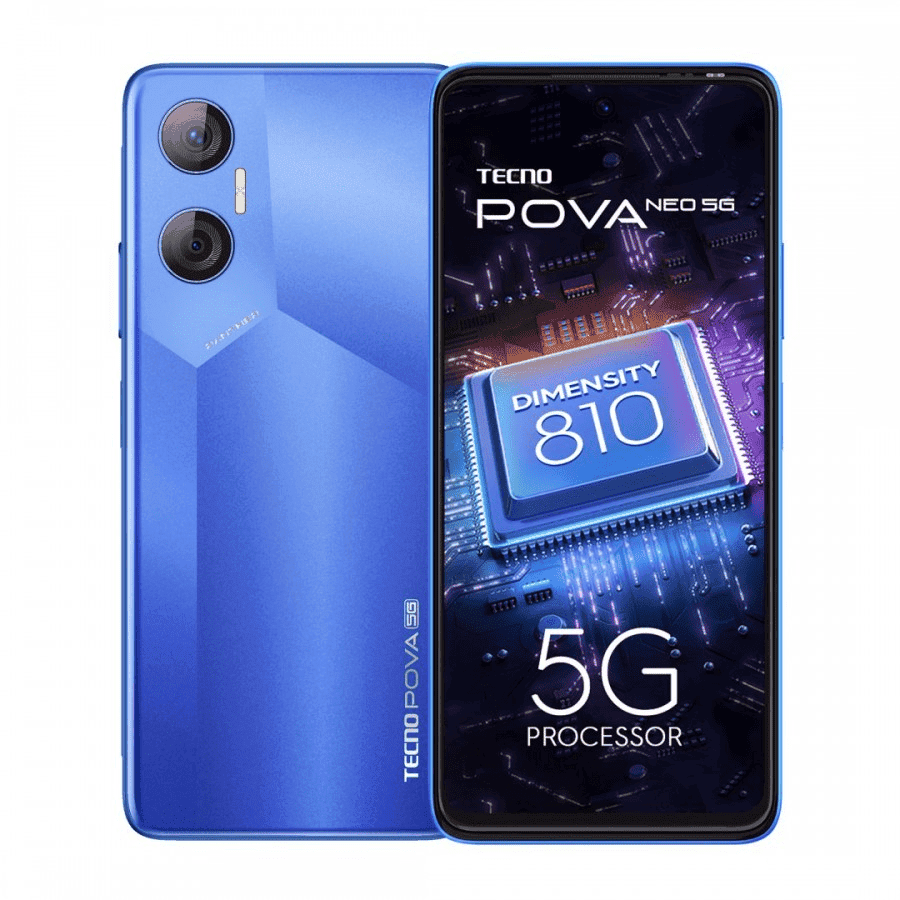 The Tecno Pova Neo 5G is a simple smartphone. However, it’s one that gets the “job done” for some users. Moreover, it’s a nice way to get 5G connectivity without paying so much. It draws power from a massive 6,000 mAh battery with 18W charging.

The Tecno Pova Neo 5G comes in Sapphire Black and Sprint Blue colorways. The device will sell for INR 15,499 in India, which stands at $191. The official sales will begin on September 26. As per reports, the company is also planning to launch a new Pop series phone in India.