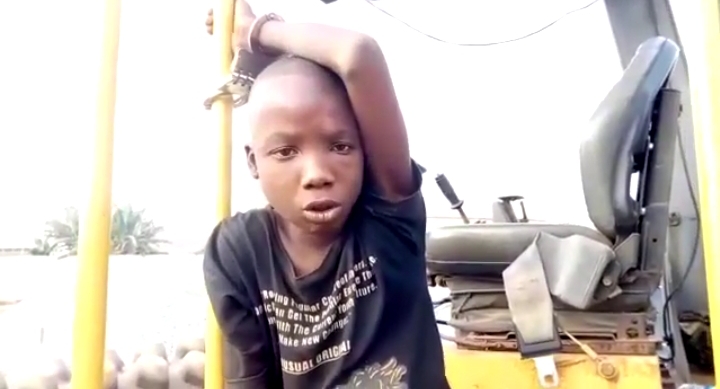 A teenage armed robber identified as Monday Omoruyi has made shocking revelations after he was apprehended by local vigilantes over alleged phone theft.

These revelations were made by the Edo-born armed robber while narrating how he was apprehended by local vigilantes.

According to the teenage armed robber, it all started at a barber’s shop when someone came to charge his phone and asked them to look after the phone.

But the phone including some cash were stolen by another person (undisclosed). The people called local vigilantes to arrest me and declared that until they find the guy, I will not be released, he disclosed.

Monday further revealed that his brother is in possession of two police guns and he collected these guns from Aba market police station.

He also disclosed that the small pistol his brother uses to teach him how to shoot is also with his brother.

When asked how many robbery operations has he attended, he replied that he has attended four operations.

When asked if he has killed people, he responded positively and clearly stated that he has killed two people but he does not know their names.

WATCH THE VIDEO BELOW: