The annual auto show is underway in Los Angeles this week, and Hyundai used the event to make the North American debut of its next electric vehicle, the Ioniq 6. It’s a curvaceous sedan, one that looks better in person than on a two-dimensional screen, and when it goes on sale in 2023, it will be yet another example of the lighting revolution that has brightened up automotive interiors, and perhaps can brighten a driver’s mood. 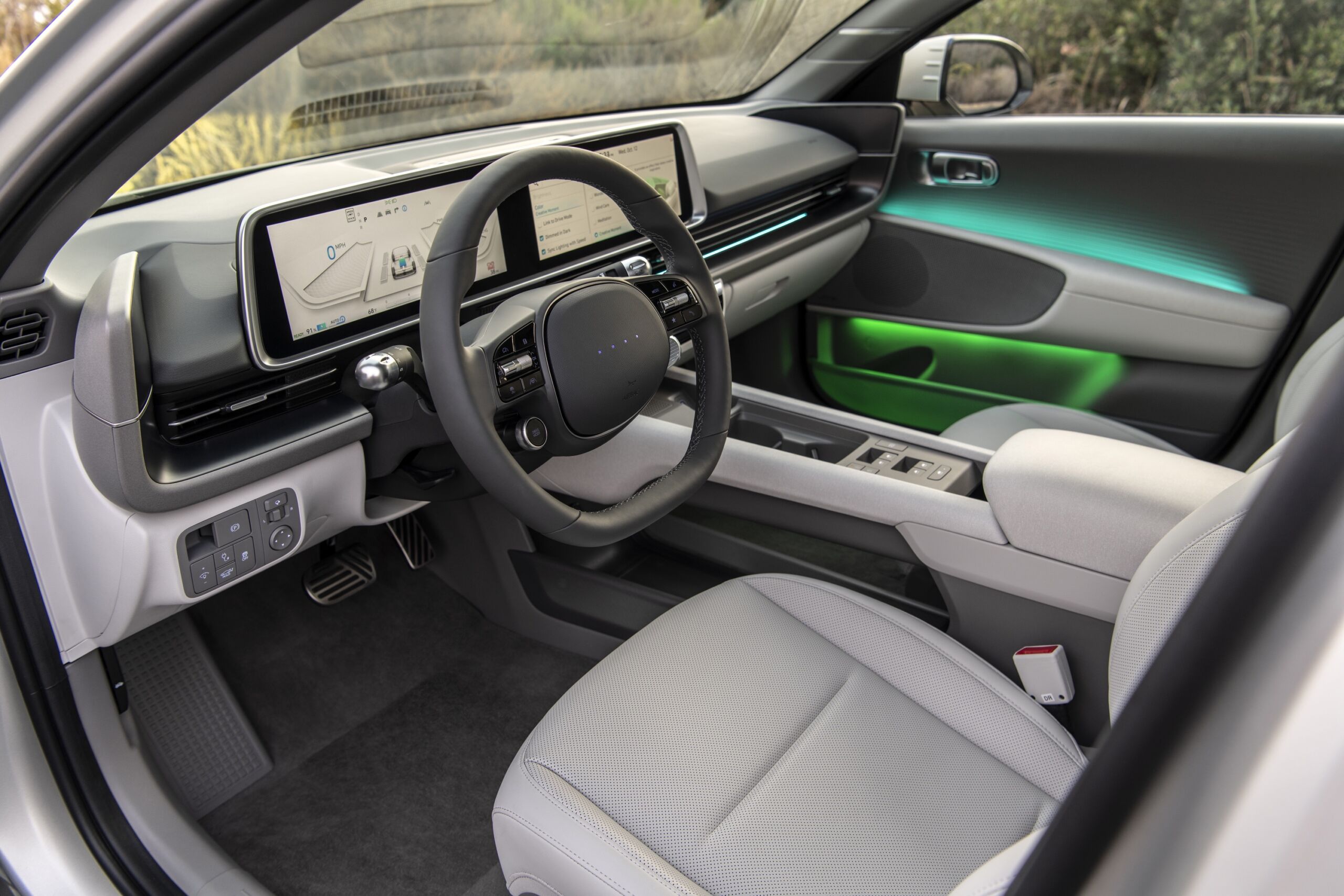 We’ve written before about how LEDs have been embraced by designers crafting the exteriors of new cars. Freed from the old confines of inefficient bulbs and large, often round reflectors, today new cars and trucks are decorated by strips and slashes of yellow and red daylight running lights, with headlamps that light brighter and throw farther down the road. If a car’s headlights are its face—and humans are good at seeing faces in things—then new lighting technology has given our vehicles a new range of expressions.

Vehicle interiors are becoming more expressive, too. LEDs have taken over from incandescents here, bringing color along for the ride. The Ioniq 6, for example, boasts 64 different hues to choose from, backlighting the door cards and the dashboard.

There are also six dual-color themes that Hyundai’s UX team developed after conducting research on the effect of colors on mood. The study was a little more rigorous than self-reported moods; participants’ brain and cardiovascular activity were measured by electroencephalogram and electrocardiogram.

And interestingly, a combination of red and gold lighting showed increased activation of the sympathetic nervous system—best known as controlling your fight-or-flight response—and increased cognitive and emotional vitality as determined by heightened beta and gamma wave activity throughout the brain, according to Hyundai. Hyundai calls this combo “wonderful day.”

Another color combo—turquoise and green—boosted gamma waves in the frontal and parietal lobes, heightening awareness and creativity, this time through activation of the parasympathetic nervous system (which calms you down). Hyundai’s design team calls this one “creative moment.”

Hyundai told media that those were the two color combinations that had the most significant effects in their study, but there are several others, including the yellow and green “healing forest,” which it says provides “a sense of stability and harmony for relaxation,” and “mind care,” which uses pink and violet to relieve anxiety and stress.

The effects are not particularly strong—half an hour in an Ioniq 6 set to “mind care” shouldn’t substitute for a therapist appointment, for example. But I don’t doubt there’s a subtle effect at work here; when testing the Mercedes-Benz EQS recently, I definitely gravitated to its pink-and-gold lighting theme, as it seemed to make me happier than other combinations, particularly the default violet and blue. Or maybe my brain just preferred those colors with that SUV’s cream and brown trim.

But ignoring that anecdata, and perhaps more importantly, it adds a level of customization and the ability to individualize a vehicle that until now simply wasn’t possible for most people, without reaching into the aftermarket.