Nollywood actress, Lilian Afegbai has advised people to never give up on finding true love just because of negative experiences.

Lilian posted videos of herself with seasoned actress Rita Dominic, who got married to her fiancé Fidelis Anosike on November 26, 2022, in North Yorkshire, England, and shared this advice on her Instagram story. 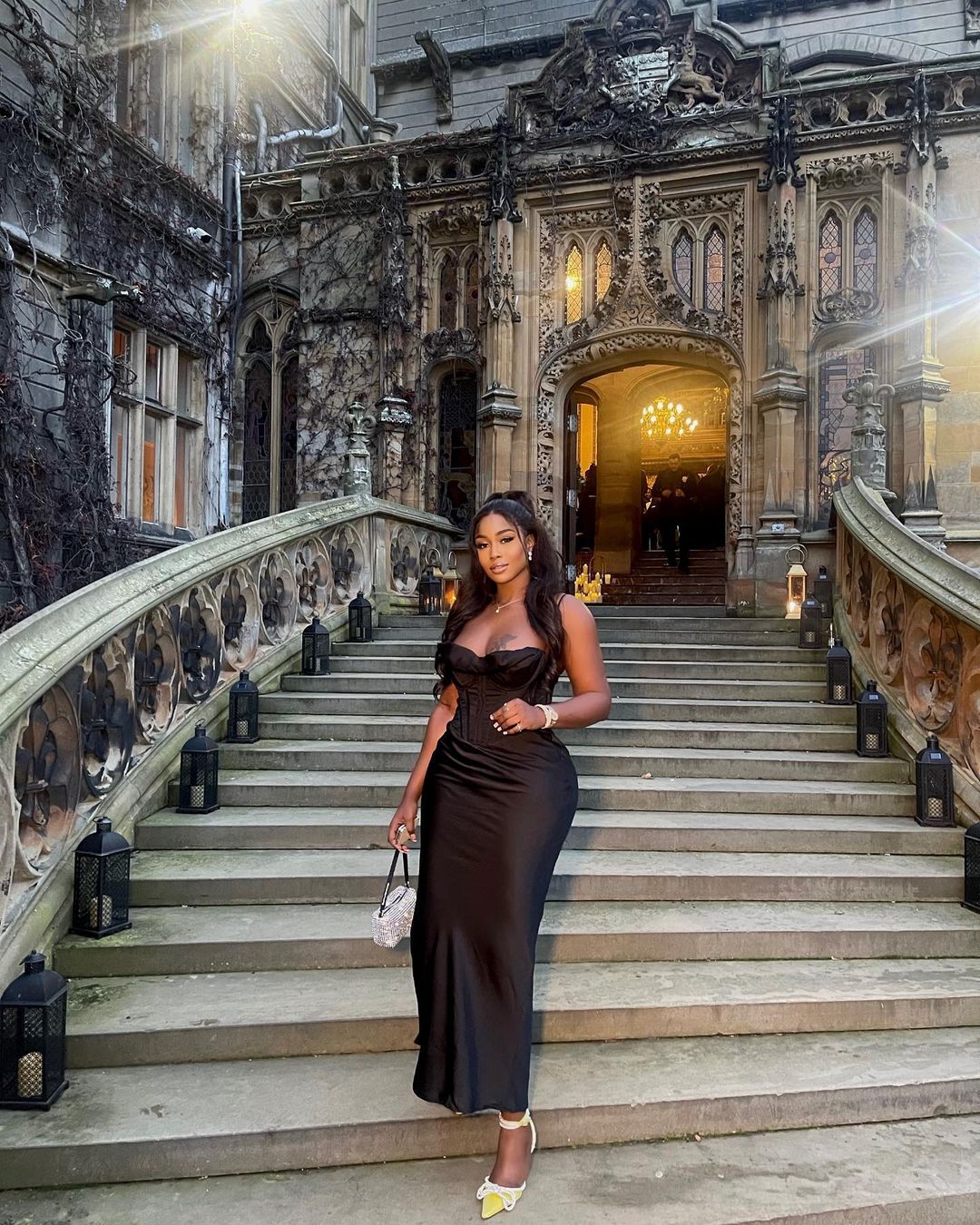 “Love is such a beautiful feeling. I don’t intend to give up on love. The wrong ones shouldn’t stop you from giving it a chance. Live a little,” she wrote. 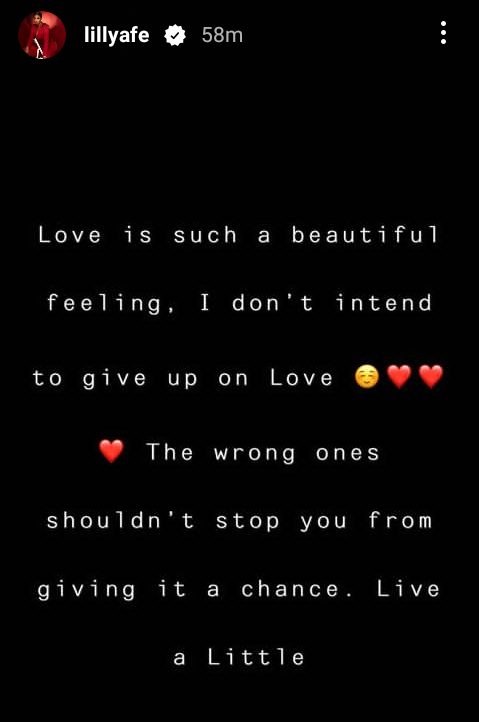 In related news, Lilian has opined that there’s something wrong with a man who does not have a house of his own before settling down.

The thespian who stated this in a chat with media personality, Toke Makinwa noted that if she, as a young girl, can afford to own basic things like a house and a car, then a man thinking of getting married is expected to have these things.

Speaking on her preference in men, Lilian said she’s not rich but she is comfortable, and she wants a man who is comfortable enough and has the basics, like a house and a car.

When Toke asked if the house must be his own or a rented apartment, Lilian responded that the house should be in his name.

Toke then pointed out to her that not many young men have their own house, and Lilian replied,

“Then something is wrong. Because even me as a young girl, I don dey… That means you don’t even have… you don’t have a fu… you’re not helping… you can’t be with me.”

“Because, me I’m a young girl, I’m already paying small small. Every month I go squeeze money, pay. Before you know now I don pay finish. So you cannot come and tell me. No be say I even get pass anybody. You cannot come and tell me that you really need to have so much money to buy a house in Lagos. That’s a lie. That means you don’t even understand real estate. That means you cannot even be with me. We are not even mentally inclined, do you get? So, God has chased you for me.” She added.