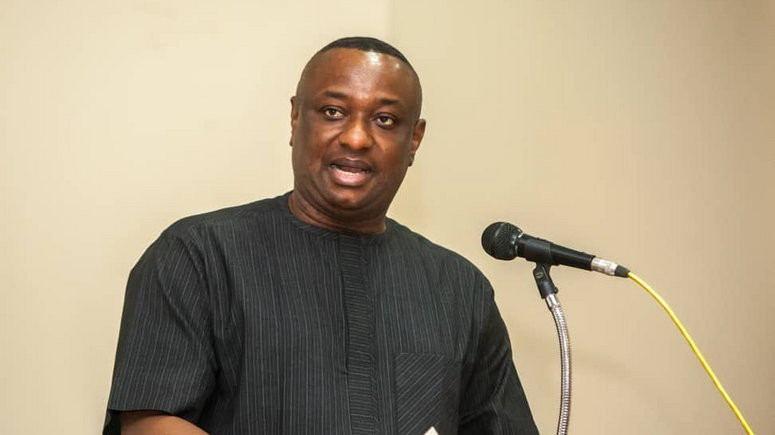 Minister of state for labour, Festus Keyamo has sent a serious warning to the leadership of the All Progressives Congress.

According to him, there is danger ahead in the party following the Supreme Court Judgement which ratified the victory of Ondo State Governor Rotimi Akeredolu.

The dissenting judgement which was read by Justice Peter-Odili, centered on the legitimacy of Governor Mai Mala Buni as the All Progressives Congress (APC) national caretaker chairman.

Recall that the Yobe state governor was appointed after the removal of elected Chairman Adams Oshiomhole on June 16, 2020 for an initial six month period, but his position was renewed indefinitely.

Odili had disclosed that the APC, by Article 17(4) of its constitution has provided for how its affairs should be managed and what offices its members could occupy at a time.

Festus Keyamo who reacted to the victory in a statement released last night, said the minority judgment has grave implication for the ruling party.

According to him, the party risked being destroyed “from top to bottom” by the judiciary if what the Judges said is ignored.

Read the statement below….

“We cannot gamble with this delicate issue. The time to act is now.

“The little technical point that saved Governor Akeredolu was that Jegede failed to join Mai Mala Buni in the suit.

“Jegede was challenging the competence of Buni as a sitting governor to run the affairs of the APC as chairman of the caretaker committee. He contends that this is against Section 183 of the 1999 Constitution, which states that a sitting governor shall not, during the period when he holds office, hold any other executive office or paid employment in any capacity whatsoever. In other words, had Buni been joined in the suit, the story may have been different today as we would have lost Ondo State to the PDP.

“Any other person affected by the actions of the Buni-led Committee will henceforth, not fail to join him in any subsequent case in court. These include any subsequent election matter in any part of this country and all the APC congresses that are about to hold. The Supreme Court has just weaponised all those that would be aggrieved by the APC Congresses to proceed to court to challenge the competence of the Buni-led CECPC to organise the Congresses and national convention.”

Keyamo advised the party to terminate plans to hold its ward congresses on Saturday July 31, and to reconstitute its caretaker committee to exclude those holding executive positions.

Saying that he cannot vouch for the legality of any NEC meeting called by Buni now, he added that the safest is to get two-thirds of NEC members to sign an invitation to summon a NEC meeting or for the Board of Trustees, which includes the President, to be activated to organize a national convention in line with Article 13 of the APC Constitution.

Eliantte says Playboi Carti is not behind on