South Korean manufacturing giant, Samsung, recently rolled out the One UI 5.0 (Android 13) stable version. Multiple smartphones in different parts of the world are currently receiving this update. Below is a list of Samsung smartphones and the regions getting the update.

The Samsung Galaxy S20 series and others are also receiving this update worldwide. This is a massive update release from the company. The Samsung Android 13 (One UI 5.0) update brings an innovative UI design. It also comes with an expanded palette functionality and well as stacked widgets. Furthermore, we have larger app icons in the notification area which is now translucent. The animation effect looks better in this update.

The new software also brings per-app language settings for supported apps. There are improvements to built-in apps and more accessibility settings. Samsung also adds OCR (optical character recognition) functionality throughout the system. Thus, camera and gallery apps can extract text from images. Even the Samsung keyboard can open the camera view to capture text from the live camera feed.

Samsung has renamed Bixby Routines to Modes & Routines. It’s a simpler version of Bixby Routines, with a few routines preset for most people. Both Bixby and Modes & Routines are getting new features and options. There are now more granular options for how each app displays notifications. This update also brings more emojis with animated emojis and AR emojis. There’s also a simplified privacy and security section. The Android 13 also brings a new connected devices menu and new multitasking gestures. Within in-built apps, the search performance is better and the camera app gets a simple design. 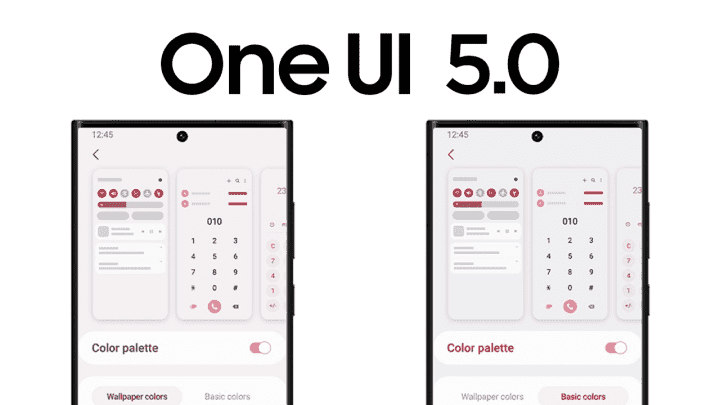 Samsung DeX UI has been improved. Samsung Gallery, Samsung Internet, Samsung My Files, and other built-in apps are getting lots of new features. Memory expansion can now be customized or turned off. The built-in image and video editors have also been improved. A detailed Wi-Fi diagnostic menu is also supported.