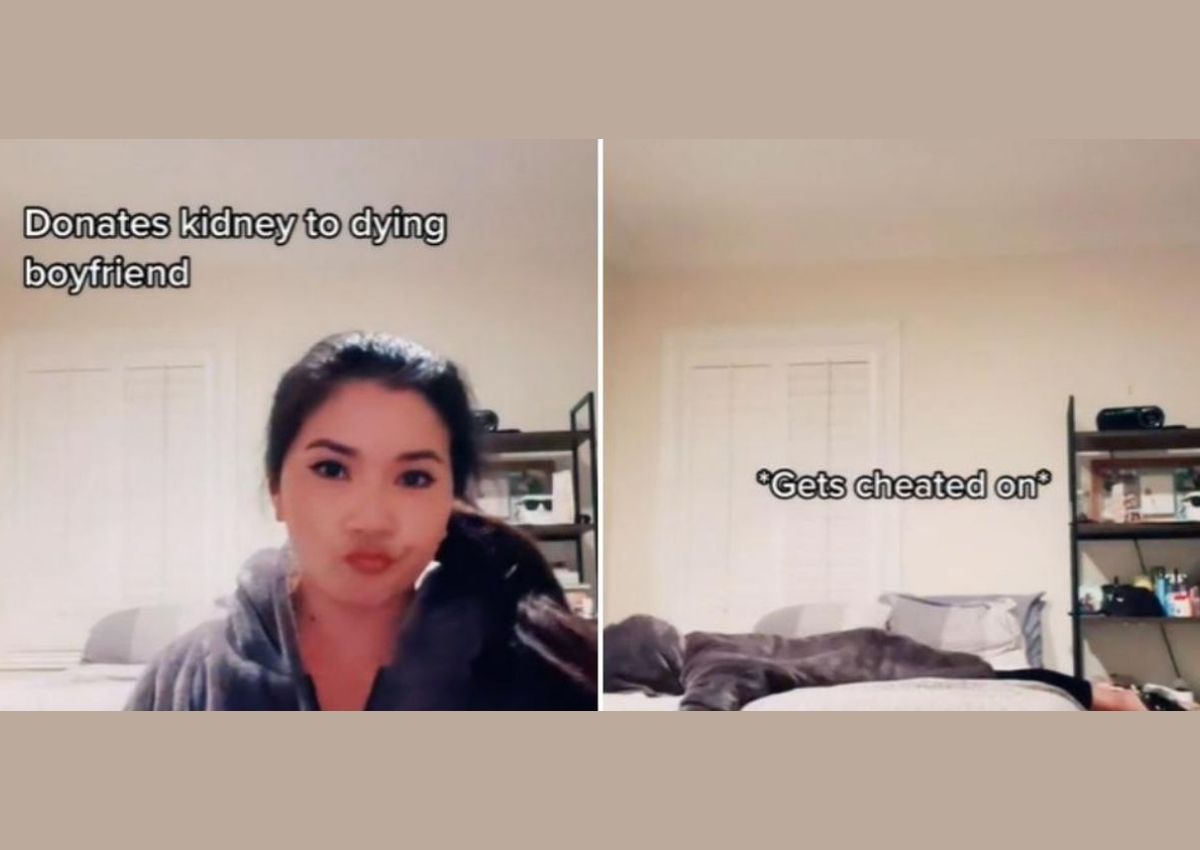 Would you give someone you love one of your kidneys if it could save them from a life of pain and/or death? For many of us – including one TikTok user – it would be a resounding “yes”.

Now imagine that person repaying you back by lying, cheating and dumping you, just a few short months later.

That’s exactly what happened to this TikTok user named Colleen Le, who is joking about her sad and sorry relationship experience.

In a series of TikTok videos, Colleen revealed that she had given her dying boyfriend one of her kidneys.

This, after the man was diagnosed with chronic kidney disease and put on the organ transplant list.

“I decided to get tested to see if we were a match because I didn’t want to watch him die. I was so nervous,” she said in one of her videos.

@colleeeniie Reply to @jenn.eunice I’m so sorry this took a long time! Let me know if you’re interested in part 2! #storytime #fyp #foryoupage #kidneydonor ♬ I am at ur moms house – Elizabeth Chetwynd

The surgery went ahead and both Colleen and her boyfriend made a full recovery. But a few months later, cracks begin to show in their relationship.

Colleen’s boyfriend told her he was going to Las Vegas for a bachelor party. On his return, he confessed to cheating on her.

“A lot of arguments later, I eventually forgave him and gave him a second chance,” Colleen said.

Not long after that, Colleen was dumped by her boyfriend, who coldly told her: “If we are meant for each other, God will bring us back together in the end.”

Colleen claims she was blocked on social media and has yet to reconcile with her former lover and kidney recipient.

Despite revelling on TikTok in the pity of being dumped after giving the gift of life, Colleen claims she has “no regrets”

“I’m forever grateful that I was able to give someone a second chance at life despite the circumstance & it’s fun to joke about it now”, she said.

Hilariously, many TikTok followers have also commented, asking her to “take back” her kidney, which Colleen has also poked fun of in her videos.

@colleeeniie ON MY WAY TO GET MY KIDNEY BACK! Haha, just kidding 😂 Thank you all for the love though! 💕 #fyp #foryoupage #foryourpage #kidneydonor #nobodyknows ♬ Nobody – Mitski

Advertisements Salutations child and warrior of God! Before you is the good word of the …