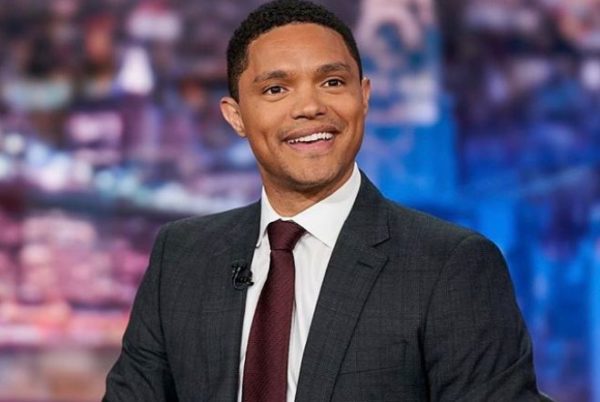 Trevor Noah steps down as host of The Daily Show after 7 years.

The South African-born comedian announced on Thursday, 29th of September, during a taping of the long-running Comedy Central show.

“I realized that after the seven years, my time is up, he said, but in the most beautiful way, honestly.”

Trevor Noah says he spent two years at home, running all shows from his comfort zone. He claims to miss exploring countries, putting out comedy shows and learning other languages.

“We’ll figure out the timings and the whens. We’ll still be here for the time being,” he said. “But all I can say is thank you very much. You’ve truly made this one of the best experiences of my life,” he added.

“We are grateful to Trevor for our amazing partnership over the past seven years. With no timetable for his departure, we’re working together on next steps,” Comedy Central said in a statement.

Speaking about what’s next for Trevor, we know it’s not clearly stated by him, but he’s announced a 12-live comedy show which will take place in South Africa, from 2022 to 2023.