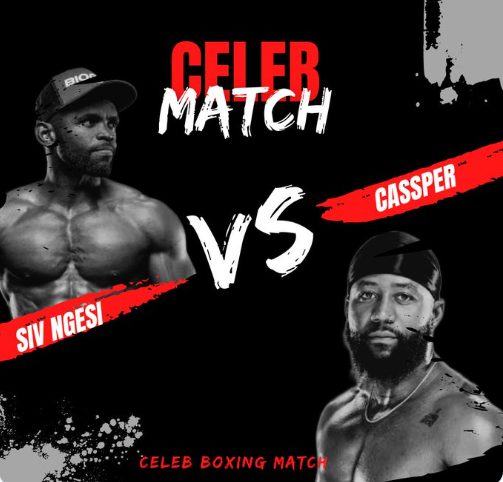 Cassper Nyovest has taken to his Twitter ask his fans who they want him to fight in the ring next.

Over the weekend, the star had a beautiful fight with Priddy Ugly which he won and now he is looking at going to the ring again.

Cassper said he really want to fight AKA but he knows he will run and avoid the topic.

The rapper claimed he is knows AKA is scared of him.

“I really want the AKA fight but knowing the little scared baby he is , he is going to run until until and avoid this topic. We all know he is scared of me so the question is for Cassper Nyovest. Who’s next ? Who would yall like to see me fight next?”

Responding to that, tweeps suggested Siv should be the next man in the boxing ring.

I ask again. Why is Siv Ngesi being ignored. I want him in that ring with heels on chom 😂😂😂

Siv Ngesi has been wanting you. https://t.co/xuEJURQaLE

Yo @casspernyovest face @iamSivN next.

Cassper Nyovest vs Siv Ngesi the only match we want I would buy tickets too . pic.twitter.com/ielJ1cYpEi

SIV NGESI! I think you’re ready now! Nobody else. That will be a fair fight, the rest is just a waste of time coz you are way better at the sport than them. Its like Oscar Mbo challenging Finzo ka High jump. 😏 none of these guys are fit enough to fight you, GO FOR SIV chief! https://t.co/OoBmssT84a

Siv Ngesi. He also has a boxing experience like you. Make it a 10 round fight even though I’m sure it won’t last that long. Also you seem in good shape on your last fight so I don’t see how this won’t be possible. And you keep avoiding him