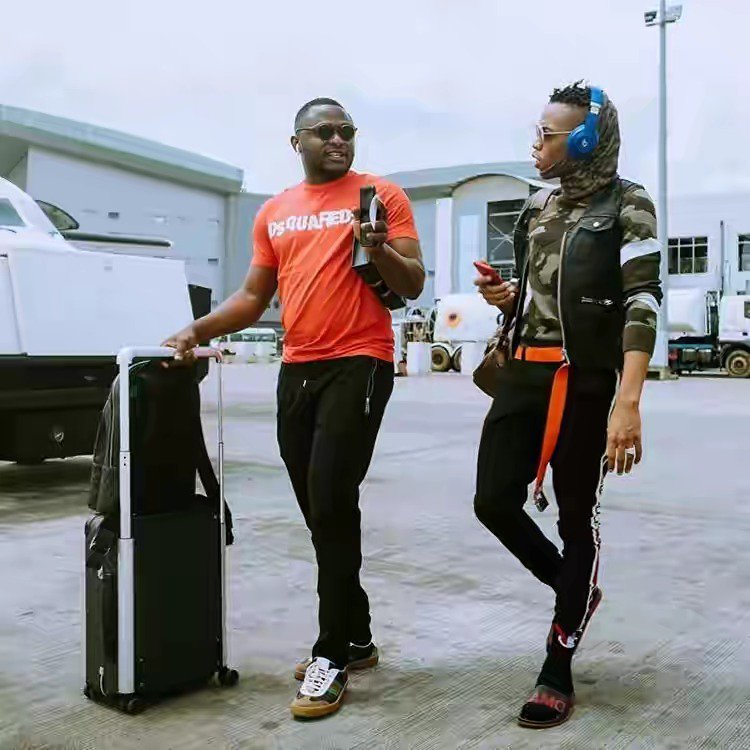 Earlier on, it was reported, the news of how Tekno, after being invited for questioning over his controversial video shoot around Lekki-Epe expressway, apologized for the misconduct and submitted that they were only using the truck to convey the ladies to the next location for a music video shoot.

Despite tendering an apology, the singer went on to release the video and appears to have gotten deeper into trouble with the law. In reaction to the development, the director-general of the NCAC, Olusegun Runsewe, in a statement by his media aide, Frank Meke, made it known that the council would make a scapegoat of the musician.

Reacting to this, his former boss, Ubi Franklin took to social media to express his feelings about the issue. Sharing a photo with the singer, he wrote: “You see this country Nigeria? Smh ‍♂️ I don tire.How can expressing your craft through a music video be a threat to national security?.A 28 year old with no gun? Very few making Nigeria/Nigerians proud?”