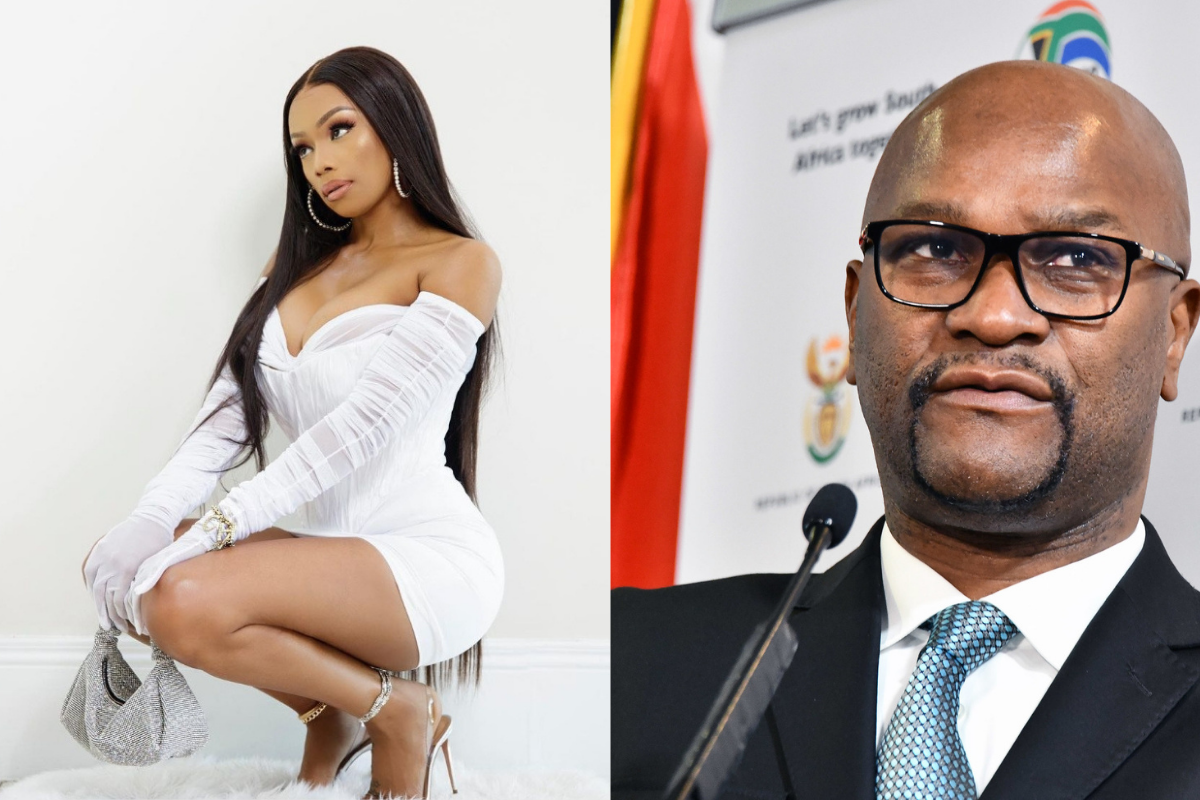 Media personality Bonang Matheba hardly tweets nowadays, but when she does, her fans know she brings the goods! Some of the 34-year-old’s latest posts on Twitter take aim at Arts and Culture Minister Nathi Mthethwa – and Queen B definitely didn’t mince her words.

One of her tweets read: “You’re useless and we all hate you,” followed by a seemingly sarcastic heart emoji.

Another tweet said: “You have no clue what you’re doing. Go away!”

WHY IS BONANG UPSET WITH NATHI MTHETHWA?

If what is seen on Twitter is anything to go by, Bonang Matheba may he been left irritated after seeing a clip of an interview Nathi Mthethwa did with eNCA on Tuesday evening, 17 May 2022. In the interview, the minister defends the decision to spend a whopping R22 million on a flag project.

The Department of Arts and Culture is set to erect a 100-meter flag at the Freedom Park Heritage site in Pretoria as a symbol of unity and democracy.

Like many of her peers in the entertainment industry, Bonang isn’t happy with the lack of progress by Mthethwa’s department. Government has been criticised for not providing adequate support for the arts and as the man in charge, Mthethwa is on the receiving end of the blame.

This isn’t the first time Bonang has slammed Mthethwa. In 2020, one Twitter user said they found the minister annoying, to which the TV host replied: “Me too. Very much.”

In response, Mthethwa invited Bonang to share her concerns.

“Noted Bonang. I would like to invite you & @Mpumz_N to kindly share your concerns with me. You may share them on this platform, via DM’s or e-mail. Whichever platform you prefer,” he said.

But that reply didn’t sit well with many social media users as they said Mthethwa only responds to celebrities’ concerns, as opposed to those of normal citizens.

“Why don’t you invite us also Poor South Africans, our communities have no sports facilities,No Arts and culture programs , Our kids can’t maximize their full potential but you wanna talk to people who already made it while the youth talents dies from drugs and alcohol,” said one Twitter user.

Advertisements With the high rate of unwanted pregnancies, from teen pregnancies to rape survivors, South …