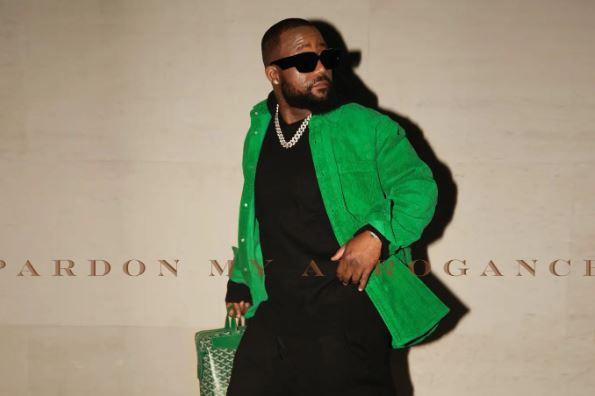 The rapper tops the Twitter trend list as fans and music lovers flooded the microblogging app with reviews about the single.

There have been positive reviews so far, as people applauded him for his wordplay.

However, there’s been a quest for a second verse for the song, as people lamented about the duration.

It’s said that the song is too short.

Cassper Nyovest is yet to react to the need for a second verse, but he’s promised fans that he will be dropping songs back to back as this is his season.

Check out the reviews below:

Cass has to catch hands though for being stingy – 2 mins ? 😭😭 You doing for Relevance ?

They tryin to keep up and bought what I bought but they ended up selling it!!!@casspernyovest this is 🔥🔥🔥#PardonMyArrogance #Cass pic.twitter.com/ixbn4KUFDT

Banging monster 🔥🔥 Cass BUT WHERE IS THE THE REST THE SONG ? .@casspernyovest

Ladies and gentleman, hold the applause I am well aware yeeeeeee 👏🏿👏🏿👏🏿 pic.twitter.com/AcPmckmh2u

But this is WAY better than “over there over there”. I’m back on the bandwagon now 🔥🔥🔥🔥

Cass Word Play on #PardonMyArrogance is unmatched. Cassper is in Charge of SA HIP HOP

Rumors confirms that Musa Khawula is in jail