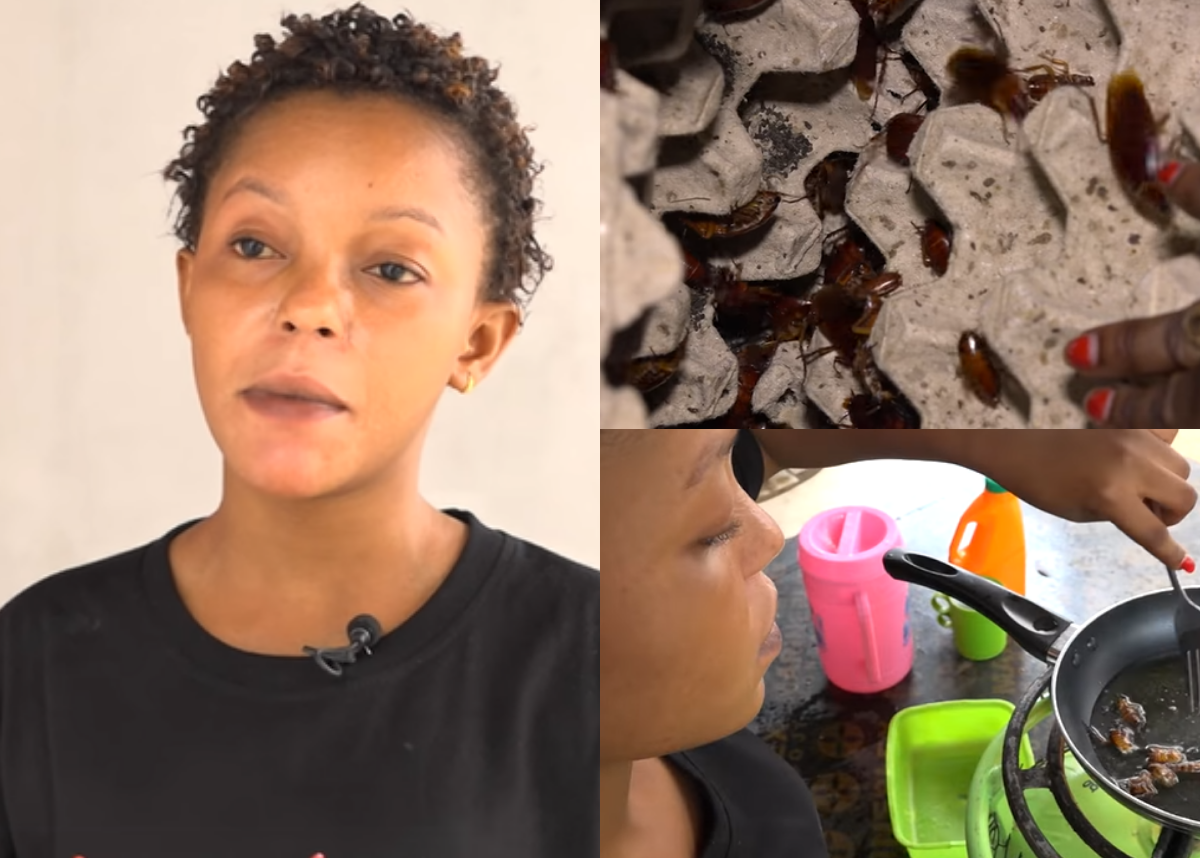 One Tanzanian woman has shocked the internet after she revealed that she is on a steady cockroach diet. According to Saumu Hamisi, cockroaches are not only tasty but they have also helped her bring in an income after her poultry business fell through.

Woman makes a living from selling AND EATING cockroaches

We all have that one thing that we absolutely hate, no matter how small and harmless it is. For many of us, that thing is cockroaches. While they are pretty much harmless, most people hate having them around the home hiding in dark places and getting into food.

One woman, however, actually welcomes cockroaches into her home because for her, they’re a source of income and food.

According to Briefly News, Tanzanian singer Saumu Hamisi aka Ummy Doll from Dar es Salaam turned to roaches after she lost her chicken business.

ALSO READ: Woman drinks her own menstrual blood because it has ‘healing powers’

After giving them a try, she found the taste enjoyable and even started selling them to her neighbours.

When it comes to other people’s opinions of her bizarre taste in food, Saumu could not care less:

“Some said I was mad but cockroaches earn me money so I don’t care about people’s opinions,” she told BBC.

“It is one of my favourite meals. You can eat them raw, you can cook them with coconut or accompanied with with ugali or rice,” she said.

What kinds of roaches?

You’re probably wondering if she eats a special kind of roach or just the regular ones. She explains that she eats a specific type that she breeds at home. She warns people against eating any kinds of cockroaches:

“I bought these from an institute located in Morogoro. They do not have diseases in their bodies and I ensure they stay in a clean environment,” she said.