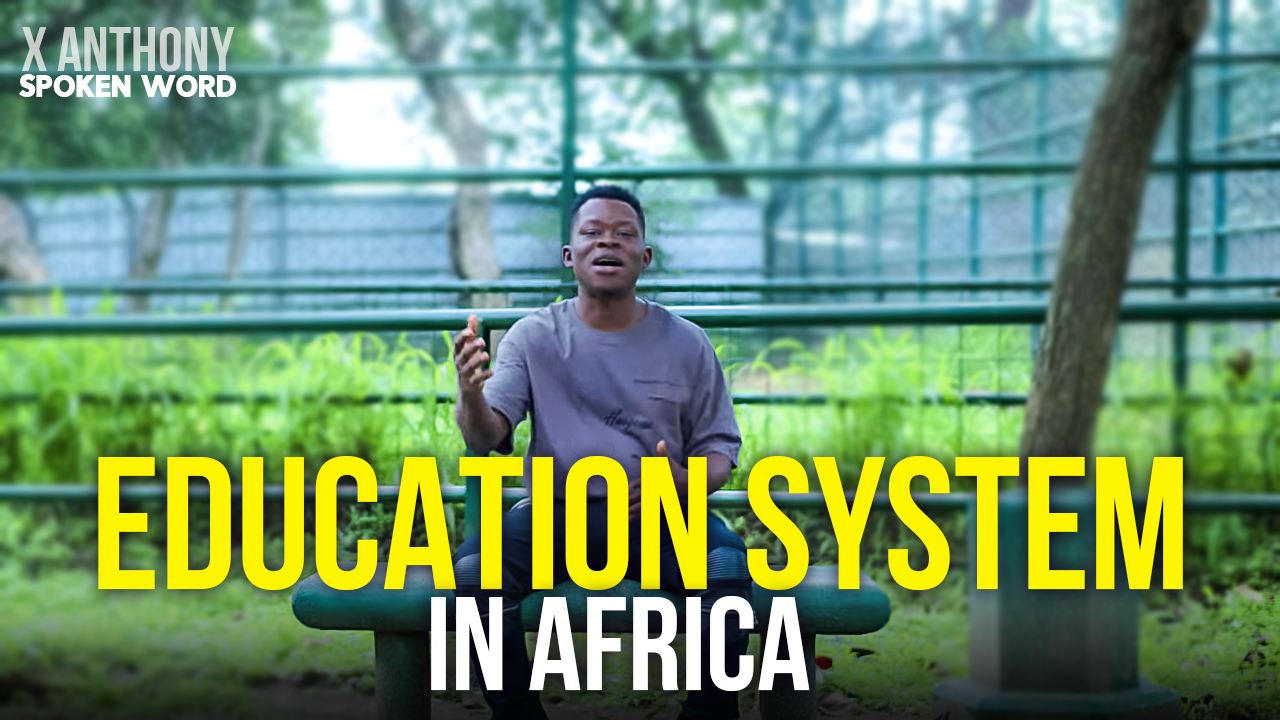 X Anthony has dropped the new video for “Education System in Africa.” A compelling and penetrating look into the depths of an ailing educational system is provided by the poignant spoken word analysis of a system long overdue for change.

According to X Anthony, “The fall of a nation isn’t by the hands of civilians trying to make a way forward, but by the politicians and leaders whose character is that of a coward. They are only concerned with themselves, abusing their power, while their educational system slowly sinks under. ”

Okparaoka Ifeanyi Anthony, better known by his stage name X Anthony, is a socially conscious artist known for his spoken word poetry. He knows a lot about the world and how it works, so he puts together a compelling video with great visuals, compelling spoken words, and a powerful message to raise awareness, point out flaws, and get people to take action to fix the broken system that has been holding people back for generations.

Our educational standards won’t rise to the levels they should until politicians’ kids are forced to attend public schools in our country. Even our so-called leaders are aware of how poorly they are running the country, which is why they send their kids to study abroad in nations with real leaders.

With its powerful spoken word poetry and heartfelt, soulful delivery, X Anthony’s latest video is sure to be a powerful and effective performance that will move viewers to become change-makers and create an education system that helps people reach their full potential.

The follow-up to his critically acclaimed video, “Vanity, Education System in Africa,” solidifies X Anthony’s position as a poet laureate for his time and country. He approaches a difficult topic with a clear-eyed perspective thanks to his astute observations and profound evaluation. Similarly, his captivating video images combine with his words to create a social statement that elevates them to the level of art. Or is art elevated to the level of a social statement? X Anthony leaves that up to the audience to decide.