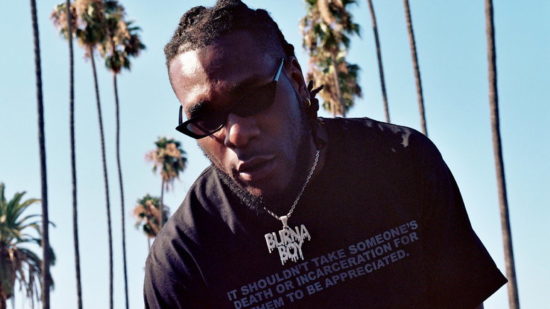 Burna Boy vents full loads of anger on AKA over the recent Xenpophobic attacks on Nigerians in South Africa.

Burna Boy who has always denied control of the functioning of his social media said that he had to take over the social media account today to air his views on the violent attack.

In a series of tweets Burna Boy took direct shots at AKA for his stand on the Xenophobic attacks on Nigeria in South Africa.

On Tuesday night, September 3, 2019, Burna Boy took over his Twitter account, which has been handled by his management for the last three months to air his views about the raging Xenophobic attacks.

In one of his several tweets, Burna Boy threatened to ‘deal’ with the South African rapper when next their paths crossed.

He wrote, “And @akaworldwide i knew you was retarded but I didn’t know it had gotten this bad. Next time I see you you better have a big security bro,On Gambos Grave ur gunna need it.”

The ‘African Giant’ further narrated how he suffered Xenophobic attack in 2017 and had since refused to return to the Nelson Mandela country.

“I personally have had my own xenophobic experiences at the hands of South Africans and because of that…..

“I have not set foot in SA since 2017. And I will NOT EVER go to South Africa again for any reason until the SOUTH AFRICAN government wakes the fuck up and really performs A miracle because I don’t know how they can even possibly fix this,” he wrote.

The BET 2019 award winning music act also warned rapper, MI Abaga to desist from his seeming support for AKA or lose his respect.

” And @MI_Abaga it’s Fuck @akaworldwide from now on. And if you down with him, it’s Fuck you too. I respect you too much, please Don’t throw my respect out the window cuz I swear you will fly out with it,” he tweeted.

Burna Boy also stated that the attacks goes against everything he stands for while appealing to Nigerians in South Africa to continue to protect themselves without causing chaos. 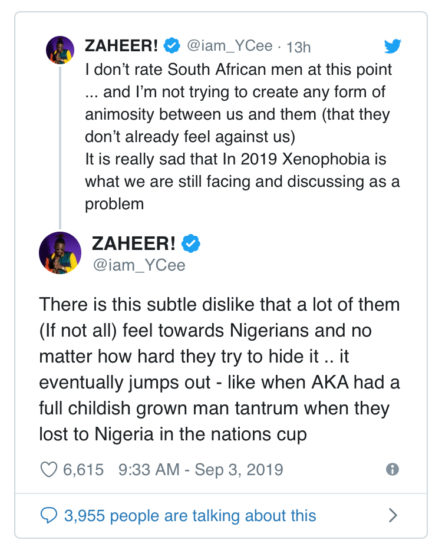 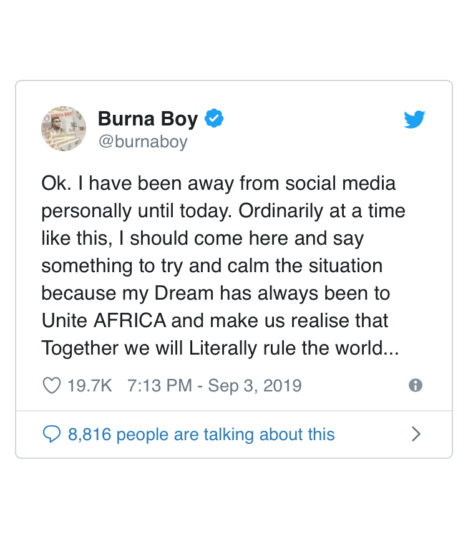 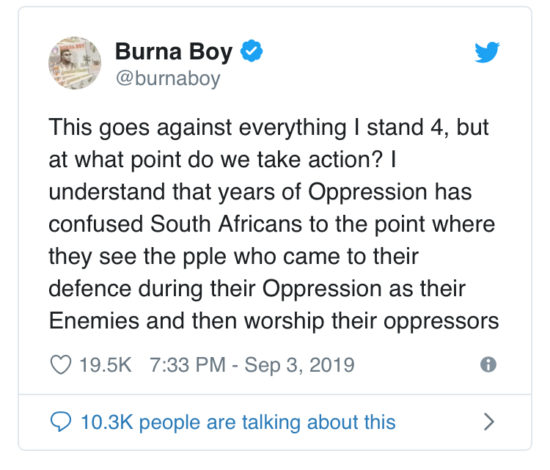 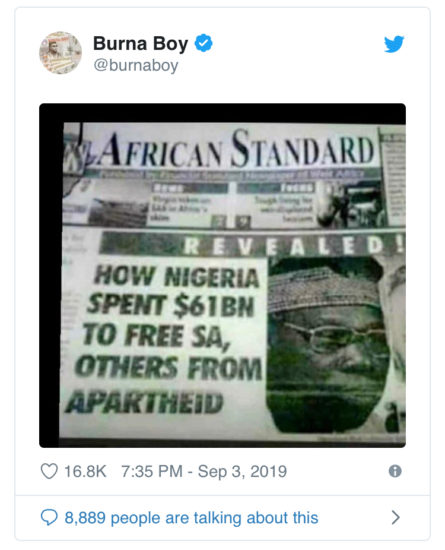 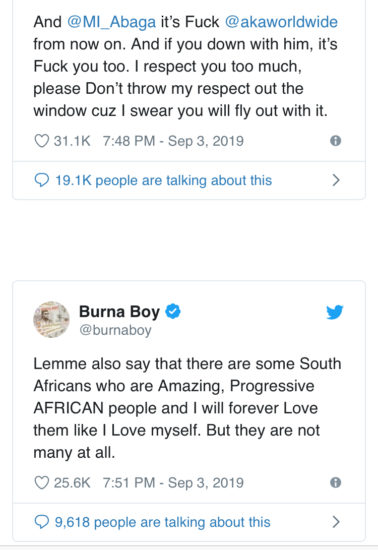 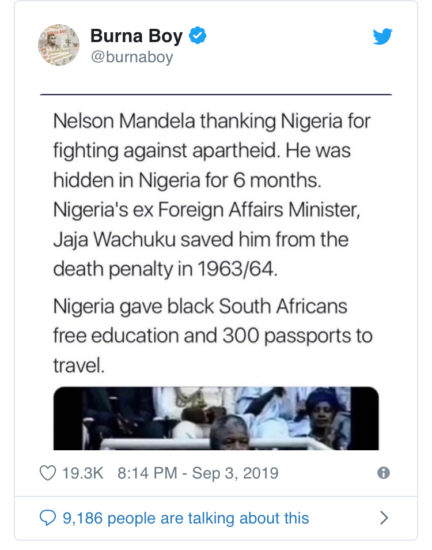